How Aloe Ferox was used to provide relief for second degree burns.

How Aloe Ferox Super Aloe Gel helped to heal my second degree burns with no scarring.

“I got very badly burned on my stomach from high pressure steam which resulted in second degree burns. I rushed to my GP surgery where I was attended to by two nurses who were quite taken aback by the severity of the burns. They immediately administered painkillers and applied sterile dressings and wrapped me in bandages from my waist to my armpits. The dressings had to be changed every morning for 14 days to prevent any infection.” 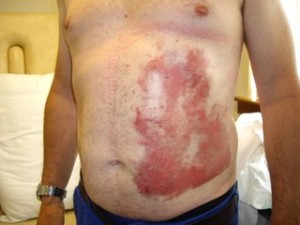 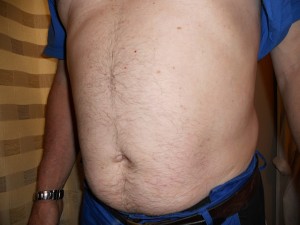 Burns healed with no scarring thanks to Aloe Ferox

“When the final dressing was removed I was told to use a moisturising cream to keep the area moist but to expose it to air to aid the healing process. I was still in considerable discomfort and extremely itchy. I used Aloe Ferox Super Aloe Gel for the burns, every morning and evening and after two days the itching had stopped.

After a week of use I was amazed at the rate at which the redness and scarring diminished. I continued to use the gel for some time afterwards with great results.”

“I cannot speak highly enough of this product and its incredible properties.”

This website uses cookies to improve your experience while you navigate through the website. Out of these, the cookies that are categorized as necessary are stored on your browser as they are essential for the working of basic functionalities of the website. We also use third-party cookies that help us analyze and understand how you use this website. These cookies will be stored in your browser only with your consent. You also have the option to opt-out of these cookies. But opting out of some of these cookies may affect your browsing experience.
Necessary Always Enabled
Necessary cookies are absolutely essential for the website to function properly. This category only includes cookies that ensures basic functionalities and security features of the website. These cookies do not store any personal information.
Non-necessary
Any cookies that may not be particularly necessary for the website to function and is used specifically to collect user personal data via analytics, ads, other embedded contents are termed as non-necessary cookies. It is mandatory to procure user consent prior to running these cookies on your website.
SAVE & ACCEPT